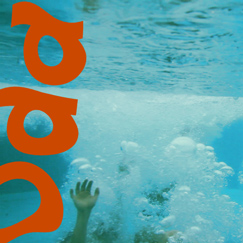 K-POP leader, SHINee, is making a glorious comeback on May 18 with the 4th regular album, ‘Odd.’

This is the new album of SHINee in 1 year and 7 months since ‘Everybody’, released in October 2013, and it contains in total of 11 songs showing the quintessence of SHINee’s music. These are expected to receive fervent responses from fans globally since the group has been recognized for their unique colors and capabilities through distinguished music and performance.

Especially, a number of domestic and foreign hit makers such as the world-class producing teams such as Stereotypes and The Underdogs, the British composer team called LDN Noise, G'harah "PK" Degeddingseze who is known as Chris Brown’s producer, and famous composers such as Kenzie and Steven Lee participated in the making of this album. Also JONGHYUN who has proven his ability to write and compose through his solo album and collaborations with other artists such as EXO, IU, and Lim Kim also put efforts in it, displaying the perfect team work with SHINee. The album is expected to mesmerize the pop music world with high quality music and SHINee’s unique identity.

For the members of SHINee have expanded their spectrum of activities as TAEMIN and JONGHYUN clearly proved their capabilities as solo artists through the release of their own solo albums followed by successful promotions and MINHO, ONEW, and KEY also proved their individual capabilities in various fields as actors in dramas and musicals and as emcees hosting shows, the new charms they are going to give through this album are increasing expectations even further.

The title song, ‘View’, is an uptempo song of the deep house genre, and it presents the elegant and sensuous sound unique to the British composer team LDN Noise perfectly combined with SHINee’s R&B vocal, and the lyric by JONGHYUN captures ears as it expresses the beauty of love through the mixture of various senses.

The introductory track, ‘Odd Eye’, that explains this album, “Odd”, is the joint effort of the world-class producing team, Stereotypes, and SHINee’s JONGHYUN that created a song customized to SHINee based on JONGHYUN’s interpretation of the characteristics of each member, and ‘Love Sick’ which tells a follow-up story of their debut song, ‘Replay’, is an uptempo R&B with charming classy and trendy melody and it captures ears with the sweet voices of SHINee singing the true love toward the woman of an older age they have spent much time together with.

Following songs also show various musical characteristics of SHINee; ‘Romance’ is a funky and retro-style uptempo song singing about the fresh feeling of love. ‘Trigger’ is a neo soul ballad song presented with the dark voices of SHINee with the lyric, suggestive of a ganster movie, which expresses the tension and pain at the last moment when one is filled with despair after a love died. ‘Farewell My Love’ is a sweet R&B pop ballad song in a beautiful but sad mood.

‘An Ode To You’ is an acoustic ballad song dedicated to those whom they have been together with for a long time with an abiding feeling and ‘Alive’ with the hip hop musician, MC META, as the guest rapper impresses ears with the lyric visualizing the blue vein that proves the reason for living and the existence and the mood of the song that continues to turn around between major and minor chords.

This album also contains ‘Woof Woof’ which comes with the witty lyric written as though it depicts a scene from a comic musical with the Western feel produced by the live band performance. ‘Black Hole’ is a funky French house genre song that compares a girl with so much charms that a guy’s entire world is sucked into her’Black Hole’. ‘An Encore’ presents the sensitive melody, the sound of a grand scale, and the lyric that sensitively combines narration and metaphors.All 11 songs will fully present the great charms of the very unique band, SHINee.

Meanwhile, SHINee will be promoting the new album with the title song, ‘View.’