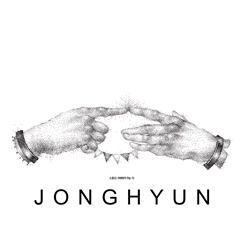 SHINee’s JONGHYUN is releasing his first collection, ‘Story Op.1’ with the songs written by himself on September 17th.

JONGHYUN has been releasing his own songs through ‘Blue Night Writes, Man Compose’, the experimental corner of the radio show, ‘Blue Night JONGHYUN’ on MBC FM4U.9 songs that received favorable responses from listeners were selected and rearranged 9 songs including the title song, ‘End of a day’. It fully demonstrates the musical sensibilities of JONGHYUN as a singer-songwriter and he also participated in the directing of the album.

‘THE STORY by JONGHYUN’ , the first show of S.M.Entertainment’s Concert Series Brand <The Agit>, is JONGHYUN’s solo concert, total of 12 shows held between October 2 ~ 4, October 8 ~ 11, and October 16 ~ 18. It will be a great opportunity to experience the musicianship of JONGHYUN once again..

Title song, ‘End of a day’, is a “healing ballad” that touches listeners heart with the soft voice of JONGHYUN accompanied by the piano melody, and the lyric that quietly and warmly brings warmth at the end of a long day or after work is added to the song to make a great “healing song” this fall.

‘U & I’ is a medium-tempo pop song with the lyric that sounds intimate and ‘Like You’ is a neo soul style song that mixes the synthesizer sound with the bass and guitar playing funky rhythm.

Also, ‘Diphylleia grayi’ sings about the image of the umbrella leaf that becomes transparent when it gets wet in a ballad, ‘Happy Birthday’ brings the calm slow-tempo standard jazz sound with various improvisations added by JONGHYUN, and ‘I’m sorry’ doubles the fun of listening as the song develops as if JONGHYUN’s voice and the melody of cello is talking to each other.

’02:34’ brings listeners to the exciting mood with friends who haven’t seen for a while, ‘Fine’ builds up the rhythmical rhyme on neo soul R&B sound, and ‘Maybe tomorrow’ sounds like the sweet whisper of a friend who offers comfort when needed. All 9 tracks will bring fans to more diversified and enriched JONGHYUN’s music world..