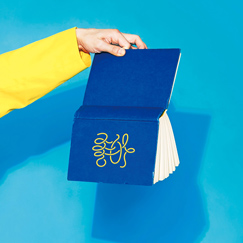 Trusted Singer-Songwriter JONGHYUN Comes Back as Solo Artist!
First Regular Album <She is> Will be Available on May 24th !
Outstanding Album Highlighted by Fantastic Collaboration of JONGHYUN and Various Hitmakers!

SM’s top singer-songwriter, JONGHYUN of SHINee ( S.M.ENTERTAINMENT) will make a brilliant comeback with his first regular album <She is> as a solo artist on May 24th.

This is JONGHYUN’s new solo album and first regular album following his first minialbum <BASE> and The Collection <Story Op.1>in 2015. Hit-makers from both Korea and abroad including the British composition team LDN Noise, the world acclaimed R&B producer Bryan-Michael Cox, and hip hop musician Crush, and songwriters such as WE FREAKY, philtre, and Deez teamed up with JONGHYUN for a total of nine tracks and are expected to mesmerize the music industry once again.

Last year, JONGHYUN swept music charts with his first solo song ‘Deja-Boo’ and received a lot of love as a solo artist. Furthermore, he has been recognized for his talents and uniqueness as a singer-songwriter through his colorful musical works such as Heritage X JONGHYUN’s ‘Your Voice’, IU’s ‘Gloomy Clock’, EXO’s ‘PLAYBOY’, Lee Hi’s ‘Breathe’, and Lim Kim’s ‘No More’. There is growing anticipation for new music that he will present through his solo album.

In addition, JONGHYUN composed a total of eight songs including the title ‘She is’, as well as ‘Dress Up’, ‘Moon’ and ‘Cocktail’ by participating in the SM Songwriting Camp where global producing teams and multinational composers cooperate to produce songs for SM artists. He also wrote the lyrics for the whole tracks, so listeners can meet the deep and colorful world of JONGHYUN’s music.

The title song ‘She is’ is an electro-funk track with a touch of future bass. It has repeating melodies and lyrics so anyone can easily sing along to it. Singer-songwriter JONGHYUN collaborated with hip hop musician Crush, philtre, who participated in the title song for JONGHYUN’s first mini album, ‘Deja-Boo’, and JONGHYUN’s joint composition team WE FREAKY.

In addition, ‘White T-Shirt’ is an up-tempo pop song with tropical house that starts with a country-style piano melody. ‘Orbit’ is a medium tempo song which captivates ears with the charms of neo soul and future bass appealing simultaneously.

‘Moon’, the lyrics of which contain secret whispers of the moon, is a down tempo electronic track with deep and weighty bass sounds and sentimental R&B melodies that maximize dreamy ambience. ‘AURORA’, is a song of original neo soul genre that blends, the mystical synthesizer performance with sticky drum sounds to create an illusion as if an ‘AURORA’ gives out mysterious light in front of those who listen.

The album also contains two tracks with contrasting titles. ‘Dress Up’ is an up-tempo EDM song with trap beats and ‘Suit Up’ is a future bass-based down tempo R&B track with dreamy ambience. Comparing different tempos and genres of the two, like their different titles, add fun to the listening of the music.

This album also contains ‘Cocktail’, an authentic R&B ballad in which JONGHYUN collaborated with the world-acclaimed R&B producer Bryan-Michael Cox who has produced pop stars such as Usher, Mariah Carey, Justin Bieber, and Trey Songz. An urban R&B track ‘RED’ describes a risky mood when the light turns red, the whole world stops and the love gets connected. The total of nine tracks fill the album with glamorous charm of the trusted singer-songwriter, JONGHYUN, so positive responses are expected from music fans for this album. .