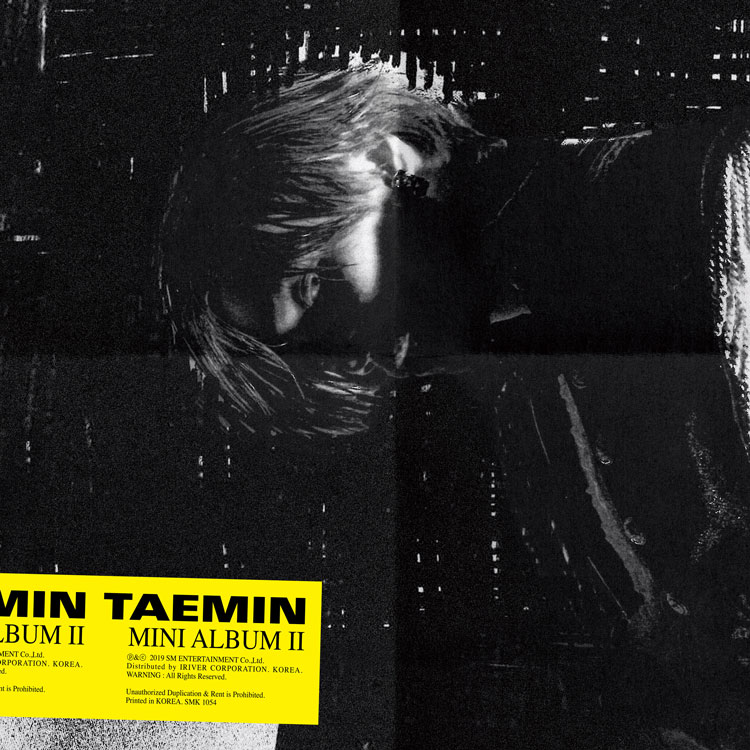 This album has seven tracks of various genres including the title song, ‘WANT’, and presents more great charms and his unique music styles that started off so called the ‘MOVE’ syndrome which features understated sexiness. It is expected to win enthusiastic responses from the fans globally.

Especially, TAEMIN has enjoyed great popularity with excellent singing ability and flawless performance while promoting as a member of SHINee and as a solo artist and made a number of consecutive hits such as ‘Danger’, ‘Press Your Number’, and ‘MOVE’ to prove his qualities as the ‘best-ever male solo artist.’ The new music and performance to be presented with this album have already drawn great attention.

TAEMIN came first on Oricon’s Daily Album Chart with his first Japanese regular album, ‘TAEMIN’, in November last year and also sold out all seats in all 32 concerts held in 16 cities in Japan during his first solo tour, ‘TAEMIN Japan 1st TOUR ～SIRIUS～’, which made his future promotion more promising.

‘WANT’ – The title song that makes listeners want to listen again and again with the charms of homme-fatale, TAEMIN!

The title song, ‘WANT’, is an up-tempo dance song in space disco genre that combines rhythmical bass line and kick sound. The lyrics carry a tempting message toward the girl who fell under the spell of the fatal charms of a man who has both sensuality and purity. The spell-like line, ‘You will want more’, capture ears.

‘Artistic Groove’ is a pop song that features repeated hooks and the groovy melody line in the chorus which makes a twist in the minimal track. The lyrics attract ears by depicting the two people who are drawn to each other after falling in love at first sight as troubled waters. ‘Shadow’ is a pop song in minor scale and the lyrics compared the memory of love that cannot be forgotten to the ‘shadow’ that cannot be detached. The sorrow of parting that never goes away no matter how hard one tries was expressed in TAEMIN’s strongly appealing voice to double the charms.

Also, ‘Truth’ is a future R&B ballad that reflects the heart that wants to show its sincerity by expressing love in other ways than the word, love, which could sound like a cliché. ‘Never Forever’ is an R&B pop song that expressed that love seems to last forever but eventually ends before a farewell by comparing it to two circles that form the infinity symbol (∞) in connection with another but splits into two. ‘Monologue’ is an R&B ballad that combines beautiful piano melody and string quartet. ‘WANT ~Outro~’ is an outro track that leaves much resonance. All seven tracks fully represent TAEMIN’s unique musicality.