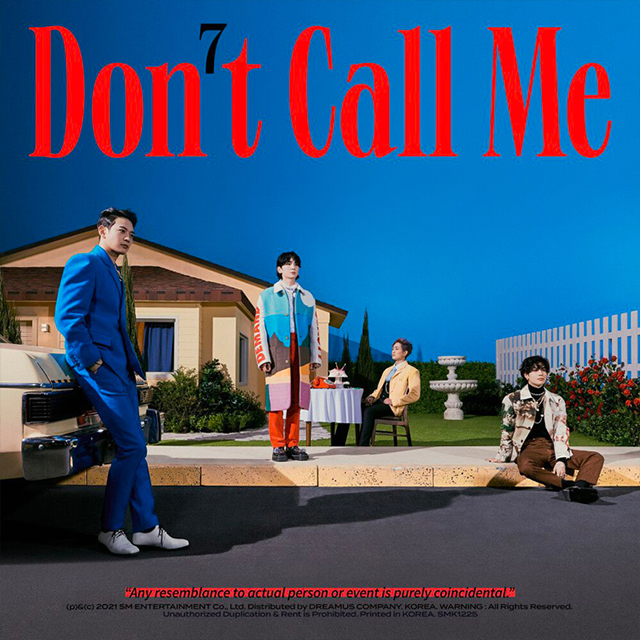 This album is SHINee’s new album in about two and a half years since their sixth full-length album in September 2018. It contains a total of nine songs in diverse genres, including the single ‘Don’t Call Me,’ which presents the broad spectrum of SHINee’s music.

Especially, the album’s single, ‘Don’t Call Me,’ gives a warning not to define SHINee with a stereotypical view. It is expected that SHINee, who have continuously transformed from the original music and performance in every album, will be able to meet new style of music.

The single, ‘Don’t Call Me’ is a hip-hop based dance track with signature vocoder sound with powerful 808 bass, synth and vocal sample sources. The lyrics illustrate the pain from the utter betrayal of love rather bluntly. SHINee’s vocals, expressing the hysteric wave of emotion, draw greater attention.

‘Heart Attack’ is a dance-pop track with powerful bass loop and funky electric guitar riffs. The lyrics are about an overwhelming feeling of love towards the lover who could change pain into a joy. ‘Marry You’ is a medium tempo R&B that gives a narrative succeeding ‘Love Sick’ from SHINee’s 4th full-length album, illustrating a proposal to a long-time companion with SHINee’s sweet and more mature vocals.

‘CØDE’ is a future sound dance track with speedy bass and beat along with dreamy melody lines. The lyrics draw attention by comparing the process of getting closer to a stranger who took control in no time to the figure of decrypting a code. ‘I Really Want You’ is an energetic pop song that illustrate the desperate desire to get close to the attracted person. ‘Kiss Kiss’ makes it more interesting to listen to by combining the witty lyrics that describe the sweet kiss with a lover with the kiss sound effect.

All nine songs present SHINee’s diverse music including ‘Body Rhythm,’ which is a reggae style dance track that compares the charming girl that you dance with to a wine, ‘Attention,’ which is an R&B based pop track that romantically depicts the date in the middle of the night, and ‘Kind,’ which is a slow-tempo pop ballad that compares the person who stood by one’s side during the rough time to the correct answes that filled in one’s blanks.