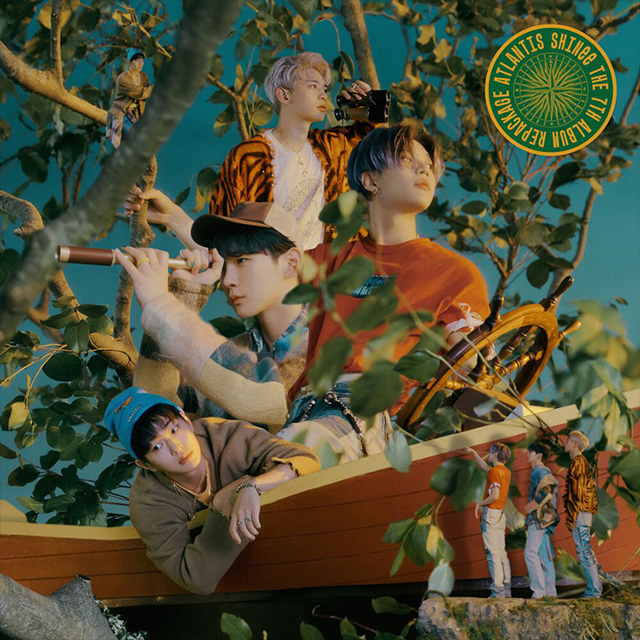 SHINee (SM Entertainment) is continuing their promotion by releasing the repackaged edition of their seventh regular Album on April 12th.

The album comprises 12 songs, including nine songs from the original seventh regular album and three brand new songs – the single, 'Atlantis,’ 'Area,' and 'Days and Years.' All 12 songs will present the uniqueness of SHINee's music.

The single, ‘Atlantis,’ is a pop dance number that added strings, brass, and percussion sounds to rhythmical guitar and bass lines to create an exciting tune. The cool and bubbly vocals by members present SHINee’s unique, refreshing feeling. The lyrics that compare the feeling that they felt for the first time from a lover to the unknown world, ‘Atlantis,’ captures ears.

Another new song in the album, ‘Area,’ is a progressive R&B track in a gloomy atmosphere. The lyrics, partially written by MINHO, illustrated the hurt feeling that seems to linger in the same place that the bygone love has left behind. ‘Days and Years’ is an R&B pop that tells listeners to be together forever no matter how imperfect everything may seem in SHINee’s rich vocal harmony.