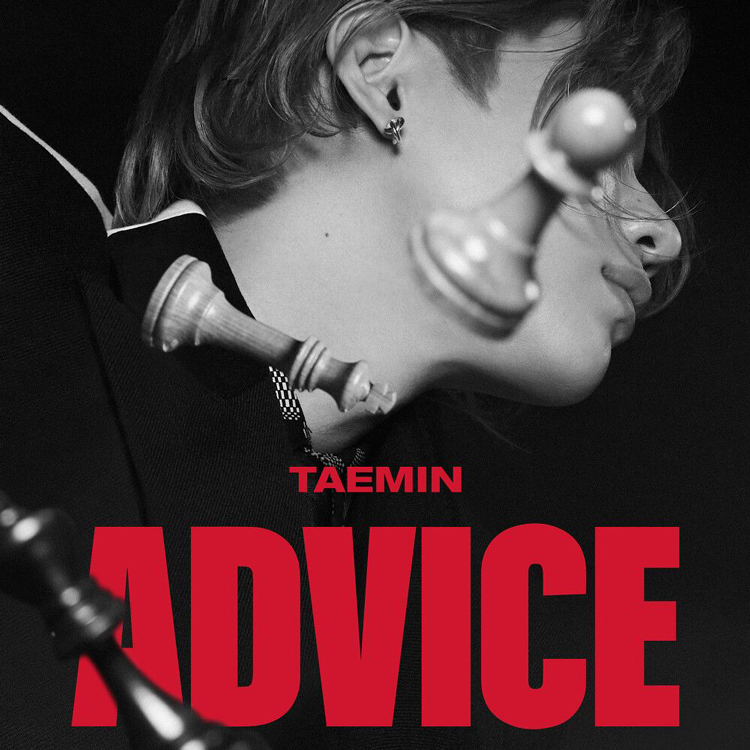 The ‘Phenomenal Artist,’ TAEMIN (SM Entertainment) of SHINee, is releasing his third mini album, 'Advice,' on May 18.

This album is the first solo album released in six months after his third regular album, 'Never Gonna Dance Again: Act 2,' that came out in November last year. It includes five tracks including the single, ‘Advice.’

For TAEMIN has gained global popularity with superb vocals and powerful performance while promoting as a part of SHINee and made a series of hits to prove his unique character and stylish charms as a solo artist, the new album is drawing enormous attention.

The single, ‘Advice,’ is an R&B song that creates a magnificent atmosphere by combining minor piano melody and choir with the trip beat. The lyrics sends a warning against those who judge others based on the stereotype. TAEMIN's keen singing rap, venting his cynical feelings made the song more charming.

Also, ‘If I could tell you’ is an R&B pop that depicted the subtle line of the heart that two best friends feel from each other. It features GIRLS' GENERATION's TAEYEON to present a beautiful vocal harmony with TAEMIN, which captures ears with the combination that guarantees satisfaction.

The album also includes ‘Light’ which is a pop dance number with refreshing feeling and the interest lyrics that compare a lover to ‘light,’ ‘Strings’ which intensifies the languid and sexy mood of the song with the lyrics that liken TAEMIN to a string instrument, and ‘SAD KIDS’ which is a sequel to '2 KIDS', the single of TAEMIN's third regular album, and illustrate the clumsy love from younger days.