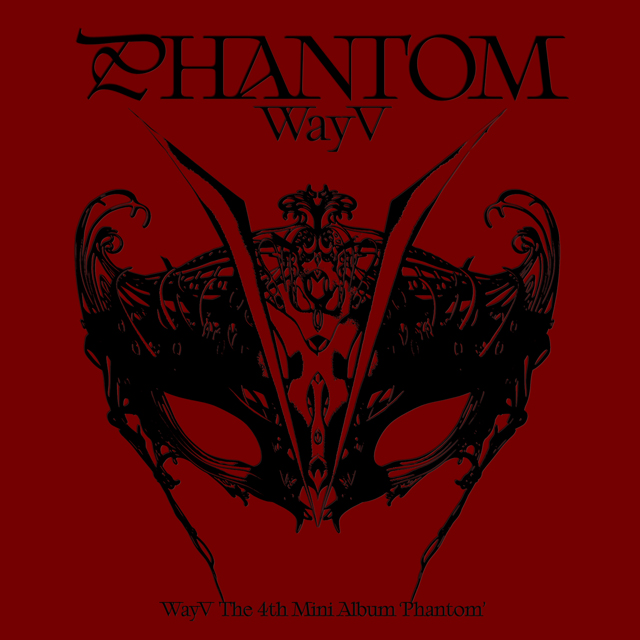 Delivering 8 songs in various genres, including the single of the same name, 'Phantom'!

WayV (LABEL V) has grown into a global group, actively promoting all over Asia and in various areas, such as performance, entertainment, and drama. The group is finally returning with its fourth mini-album, 'Phantom.'

WayV has been promoting in various regions of Asia, including Thailand, Indonesia, the Philippines, Japan, and Korea, and has wonderfully demonstrated the potential of the "Chinese idol group" through group, unit, and solo activities. This album will definitely attract the eyes and ears of domestic and global music fans waiting for their new album.

This fourth mini-album, 'Phantom,' includes eight tracks capturing WayV's unique music style. In particular, the lyrics of the single of the same name compared adversity and hardship to 'Phantom,' giving weight to the song by meaningfully expressing the will to overcome them instead of being controlled by them.

In addition, successive collaborations with YTP, the lyricist of the famous single 'Kick Back,' which was included in WayV's third mini album and attracted music fans with its intense addictiveness, alongside the participation of global hit song makers, such as Mike Daley, DEEZ, and LDN Noise, JINBYJIN, Connor McDonough, and David Simon raised the quality of the album.

The single, 'Phantom,' is a trap-hiphop based dance-pop song with avant-garde elements, sophisticated vocal harmony, and magnificent strings. The lyrics compare adversity and hardship to 'Phantom' and capture the will to overcome them instead of being controlled by them in that you would simultaneously feel the deep emotions and more mature vocals of WayV members.

'Diamonds Only' is an intense and energetic progressive R&B hip-hop song with the message that dreams and love that have been cherished for a long time, like diamonds, are as gorgeous and precious as diamonds. 'Good Life' is a medium-tempo R&B song that combines light rap and singing to depict the story of moving toward a beautiful life. 'Broken Love' is a pop ballad with sad, impressive lyrics comparing the time you were in love to a puzzle that cannot be matched.

In addition, 'Bounce Back,' is a dance-pop song that follows the sad love story of the previous songs: 'Say It, 'Come Back,' and 'Unbreakable,' and it talks about the will that wants to recover from the weariness of love. The dance song with orchestral elements of a grand scale, 'Try My Luck,' reveals the determination to always rise to the top as a winner.

The album also includes bonus tracks: 'Back To You' by WayV-KUN&XIAOJUN ballad unit, which captivated global fans with their appealing emotional vocals last year, and 'Low Low,' by WayV-TEN&YANGYANG hip-hop unit that swept the music scenes last summer with a light beat and refreshing sound.