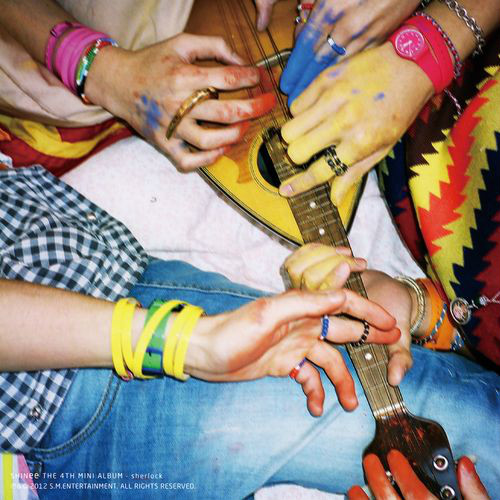 ‘Contemporary Band’ SHINee, Making a Comeback to Korea at Last!
Releasing the Mini Album ‘Sherlock’ on the 21st!
Ready to Conquer the Music World with the ‘World-Class’ Performance!
Perfected SHINee’s Unique Musical Colors!

SHINee is making a comeback to Korea after enjoying incredible popularity in Americas and Europe not only in Asia, elevating their status up to the true idol of globe.

For SHINee has been presenting refined performances in Asia including Japan and all around the world including New York, London, Paris, Moscow, and Sydney, letting the world know about Korean popular music as well as Korea as the frontrunner of the global KPOP craze, this new mini album will definitely capture the eyes and ears of the fans in Korea as well as the fans of the world who waited for a new album.

Especially SHINee is staging a ‘world class’ comeback for they perfected their unique musical colors by further upgrading their already elegant musical colors boasting the highest quality in all aspects including the music, performance, and style that they are ready to conquer the world of popular music.

The fourth mini album of SHINee to be released on March 21, ‘Sherlock’, includes 7 outstanding high quality songs embodying the whole heart and soul of the composers and showing more polished and characterful voices of the members in various genres that the title song as well as other songs listed in the album are expected to gain great responses from the fans.

Title Song, ‘Sherlock (Clue+Note)’! Essence of the ‘Hybrid Remix’ – A Brand new Song out of the Mixture of 2 different Songs!

The title song of this mini album, ‘Sherlock (Clue+Note)’ is the essence of so called ‘hybrid remix’ created by combining different songs into a new song, giving the feeling of seeing a musical to maximize the fun of listening through an innovative idea.

Like the composition of the music and the title of the song, the lyric also includes the contents related with ‘Sherlock’ who uses reason to analyze the ‘Clue’ and sensuous intuition reflected in the ‘Note’ to resolve a case that listeners can feel the charms from the smartness in combining two different lyrics into one.

‘Clue’ +’Note’=’Sherlock’, Special Fun of Comparing and Analyzing 3 Songs Connected by a Story!

Two songs that became the source for ‘Sherlock’, ‘Clue’ and ‘Note’ are also included in this album to give the listener the fun of comparing the original songs that have different lyric and melody compared with the hybrid remix version, ‘Sherlock (Clue+Note)’ that the responses from the fans will be explosive.

The fact that this album gives the fun of comparing and analyzing three songs that are independent but connected with a single story is the key element that makes this mini album more special.

Written by Jonghyun with the Love toward Fans, ‘Honesty’.
‘Stranger’, the Main Theme for the drama ‘Strangers 6’, Co-Produced by China-Japan-Korea.

This mini album also includes ‘Honesty’ with the lyric written by Jonghyun based on his love toward the fans who have been showing the unceasing support for SHINee, ‘Stranger’ with the outstanding sound and melody composed by the hit maker, Kenzie, which is also the main theme for the drama ‘Strangers6’ co-produced by China, Japan, and Korea and to be aired in Korea following Japan.

Also included in this mini album are ‘Alarm Clock’ with the sensuous lyric written by Jonghyun which appeals for an escape from the nightmare that brings back the moment of parting and ‘The Reason’ with impressive melody embroidered with the characterful voices of all five members. For all 7 songs in the album are boastful of high quality and great degree of perfection, they are expecting to receive great responses from the music fans in Korea as well as the world.

SHINee will pre-release all songs in the mini album, ‘Sherlock’, through the online music site on the 19th, have the new mini album officially released on the 21st, and appear on various stages.