The 3rd Album Chapter 1.‘Dream Girl-The misconceptions of you’ 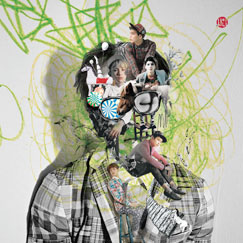 The 3rd Album Chapter 1.‘Dream Girl-The misconceptions of you’

SHINee, Making a Brilliant Comeback with the 3rd Full-Length Album!
Releasing Chapter 1. ‘Dream Girl-The misconceptions of you’ on 20th February!

The contemporary band, SHINee, is making a brilliant comeback with the 3rd full-length album.

This is the new album of SHINee coming out about 1 year after the 4th mini album, ‘Sherlock’, and it is comprised of songs that represent the unique character of SHINee that it is expected to receive enthusiastic response from the fans around the world that waited for SHINee’s new music and performance.

Especially, the 3rd full-length album is released in two packages: Chapter 1. ‘Dream Girl-The misconceptions of you’ and Chapter 2. ‘Dream Girl-The misconceptions of me’, and Chapter 1 and Chapter 2 have hidden keywords organically related with each other that the album gives the fun of finding and connecting keywords and interpreting them in a variety of ways, and it also satisfies the diversity that a full-length album can have, the story-like element, the fun of listening, and even the value of the album itself.

Chapter 1. ‘Dream Girl- The misconceptions of you’ which will be released on 20th February contains 9 songs with lyrics and moods that can be interpreted into the ‘dream’ and ‘idea’ about the world seen through the eyes of SHINee, revealing the unique character and image of SHINee more intensely.

The title song, ‘Dream Girl’, is the most SHINee-like song in acid electro funk genre and is a work of Shin Hyuk who is famously known as the producer of the worldwide pop star, Justin Bieber, and his team of composers, Joombas Music Factory. The exquisite combination of the charming voices of SHINee and the thrilling melody is impressive, and with the wonderful performance that only SHINee can give, it will definitely capture the eyes and ears of the music fans.

Also, the song that covers the entire album, ‘Spoiler’, gives fun with the lyric written by Jonghyun by wittily weaving together all the titles of the songs listed in the album like the title of the song, the ‘Spoiler’ of the 3rd full-length album of SHINee.

Other songs in the album such as 히치하이킹 which sings about the time travel in the search of love scattered in the vast universe, ‘Punch Drunk Love’ that combines cute melody with the lyric that compares the feeling of being in love to the dizziness that comes after getting a punch in a boxing, and ‘Beautiful‘ with the catchy hook and brilliant, exciting beat also lets listeners enjoy the pleasant and bright mood to the full without getting bored at all.

Furthermore, ‘Girls, Girls, Girls’ with the musical-like interesting lyric that winsomely depicts the elder members of SHINee acting as if they know all about love and giving clumsy love advices to Taemin, the youngest member of the five who just fell in love and ‘방백’ which tells about the feeling a guy has about a girl whom he has a crush on as if he is talking to her in an aside with SHINee’s unique warm and lingering voices double the fun of listening through the diversity of mood.

The album also includes ‘Dynamite’ expressing the will to melt the cold heart of a woman with the fire of love in a dynamic mood and ‘Runaway’ with the impressive sound and lyric filled with the excitement and thrill about the new start vividly spreading in front of the eyes of listeners like the scene from Peter Pan where Peter and Wendy meet for the first time and fly to the Neverland, and all 9 songs will fascinate music fans with SHINee’s unique refreshing energy.

Chapter 2. ‘Dream Girl-The misconceptions of me’ of SHINee’s 3rd full-length album will be released in April.